Video is fueling the growth of the internet; however, it is a lot more labour intensive to produce than writing text.  A minute or two of web-grade video footage can take an hour or more of shooting to produce. TV quality productions can take even longer.

My own baptism of fire in to online video production came a few weeks ago.  As a company we have a “video guy”; however, he was on holiday during our filming opportunity, so I was dispatched in his place. I hadn’t picked up a camera in years, and even then my experience came mostly from filming holiday videos on a low-tech 1990’s video 8 camcorder.

The event could not be moved. The Watch Hut had been asked by our colleagues at Nautica Watches to make a video featuring one of our web production team assisting in crewing a sailing yacht that was taking part in the J P Morgan Round the Island Yacht Race on the waters around the Isle of Wight, a relatively small island off the south coast of England.  With no other videographer available it was down to my rather rusty skills.

Technology has moved on from those blurry pictures of yore. The Watch Hut had invested in a relatively low-end Sony camcorder.  However, the low cost is not really a worry.  Despite costing around £300 ($450), the camera effortlessly handles 1080p widescreen video and Dolby 5.1 sound.  I’m not saying that the camera was able to produce the quality of picture you might see on a cinema screen, however it was perfectly fine for the web based video we were about to produce.  The key though was keeping the images stable.

Now, whilst a tripod is great for doing this on land, it is not ideal when pitching around on a sail boat on a strip of sea called The Solent.  The solution here is to hold the camera in your hand as steadily as you are able to on a pitching boat and track as little as possible.  I decided to let The Watch Hut video editor splice together a series of shots, rather than aiming to track round to take in as much of the scene as possible.  This is counter-intuitive as the natural reaction for a human is to look around.

As guests of an organiser and with limited crew and equipment you will always be at the mercy of others.  You could plan the best shoot in the world, but if the logistics do not fall into place then there is little you can do.

The best tip I can offer the aspiring videographer in these situations is to film everything and take every opportunity, no matter how cheeky.  As part of my filming, I unexpectedly grabbed a quick interview with the Commodore of the organising yacht club who explained his hopes for the day ahead and a background history of the race.

I was also fortunate to grab a quick interview following the race with a legend in the field of yachting: Sir Robin Knox-Johnson, the organiser of the Clipper Round the World Yacht Race and more importantly the first man to circumnavigate the globe single handed.  These interviews added significantly to the footage we had available and enabled us to produce a second video where we thought we may only have enough footage for one.

However, unless you are producing stand up, head and shoulders interview footage (which will look boring if it lasts for more than a minute or so) then you need to produce a range of other shots to cover transitions and to provide cut away visuals to enliven your production.  This is where you need to invest the time.

Locations are another thing that can change.  I had never previously been to the Isle of Wight, but using Google Street Map and a listing of times for the event I had a rudimentary shooting schedule.  However, using knowledge on the ground allowed me to select some excellent locations which I would probably have missed as an outsider. One unplanned excursion was gaining the use of a Rib speedboat to chase down the Nautica Watches yacht as it neared the finish line.

The finish line was off-shore, so our video stands out from the crowd in having water based footage that is not taken from a competing boat.  This allows us to take some great shots of the yacht (and the sponsor’s logo on the side) whilst it is zooming through the water.  It also gives impact.  From a video point of view, it was great that we were able to get out on the water. The yacht finished 15th out of more than 1100 entries, so from land there wouldn’t have been much to see.  The waterborne footage makes the video far more dramatic.

Overall though, it’s all in the edit.  Take a look at the video we produced, I’m sure you will agree.

Recap of Round The Island Race 2013

Social Media Co-ordinator at DM London
Based in central London, Rich Jarrott specializes in ecommerce and retail marketing in the luxury and designer watches sector.

3 Ways You Can Show That You Value Your Employees 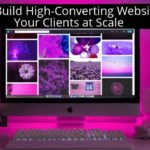 The Relevance of Storytelling in Brand Marketing [Infographics]

How to Become a Medical Receptionist: What is Required?

Understanding Customer Churn and How to Prevent It [Infographic]