Staying on top of the Twitter game and keeping my followers posted throughout the week can sometimes turn into quite a hassle.

Most Twitter Clients such as HootSuite or TweetDeck offer features to schedule tweets individually, which I always found to be quite time-consuming and clunky. In order to overcome this issue and also to stop posting too many tweets at once, there is a new Twitter App I want to tell you about that I have been using extensively for the past weeks.

It is a nifty App called Buffer.

Using Twitter Buffer App I can put the same tweet or RT (retweet) into the buffer of multiple Twitter accounts ONCE and Buffer App will send them out to each account at a different time!

Making use of Buffer is very intuitive. All you do is throw a few tweets in your Buffer and Buffer App posts these tweets for you throughout the day.

Here is a quick tour of Buffers’ features for you to see how it could help you:

1.) Adding Tweets to your Buffer

Whenever you find an article worth sharing, simply click the Buffer icon. Here is an example of what happens when I did this with Gail’s post:

I can edit the Tweet to say whatever I wish, click the green “Add to Buffer” button and Buffer App automatically sends out the next Tweet in my buffer at the interval I selected for each account.

Knowing how well your Tweets have performed is key for any Twitter user. Buffer tells you the number of Clicks, Retweets, and reach your Tweets received. Here are some of my recent analytics:

By default Buffer tweets for you at Twitter Peak times every day. However you can always change your times, add more or delete them. At each time, one of your Buffered tweets will go out. These are mine:

How can Buffer help me right away?

Creating consistency in your Twitter stream is more important than ever as the noise on Twitter is growing with its exponentially increasing user base.

The tricky part is that I always wanted it to be both timesaving and without flooding my followers with too many updates at once. Having my own account on a blast and contributing to more Twitter noise made me feel very uncomfortable.

This is where Buffer comes in. It allows you to add lots of tweets to your Buffer at once in a very time-consuming manner. These tweets are then tweeted well spaced out over the course of the day and don’t create an information overload for your followers.

As of this week Buffer has also published a new feature which allows you to invite friends in a super simple Dropbox-style manner. You can tweet or email your personal referral link to your friends and both you and your friends get additional spaces for tweets in your Buffer.

Most users are familiar with Apps which schedule your tweets. Some of these are Hootsuite, Tweetdeck or SocialOomph. However Buffer is quite different for various reasons:

I am using Buffer daily and throwing tweets into my Buffer whenever I like something has turned out to be a really fun thing to do.

How about you? What is your take on this App? Let me know your views below:

Latest posts by LeoW (see all)

3 Ways You Can Show That You Value Your Employees

The Relevance of Storytelling in Brand Marketing [Infographics] 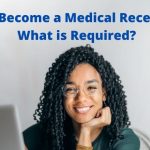 How to Become a Medical Receptionist: What is Required?

Understanding Customer Churn and How to Prevent It [Infographic]